Volunteer Spotlight: Keith Poore — A familiar face to many

Keith Poore is a familiar face to many within the BC Green Party.

He’s volunteered at a number of events, and most recently helped out during the BC Green 2019 Convention in New Westminster, where he helped run the registration desk. Poore also led a table during the Courtyard Cafe breakout session. 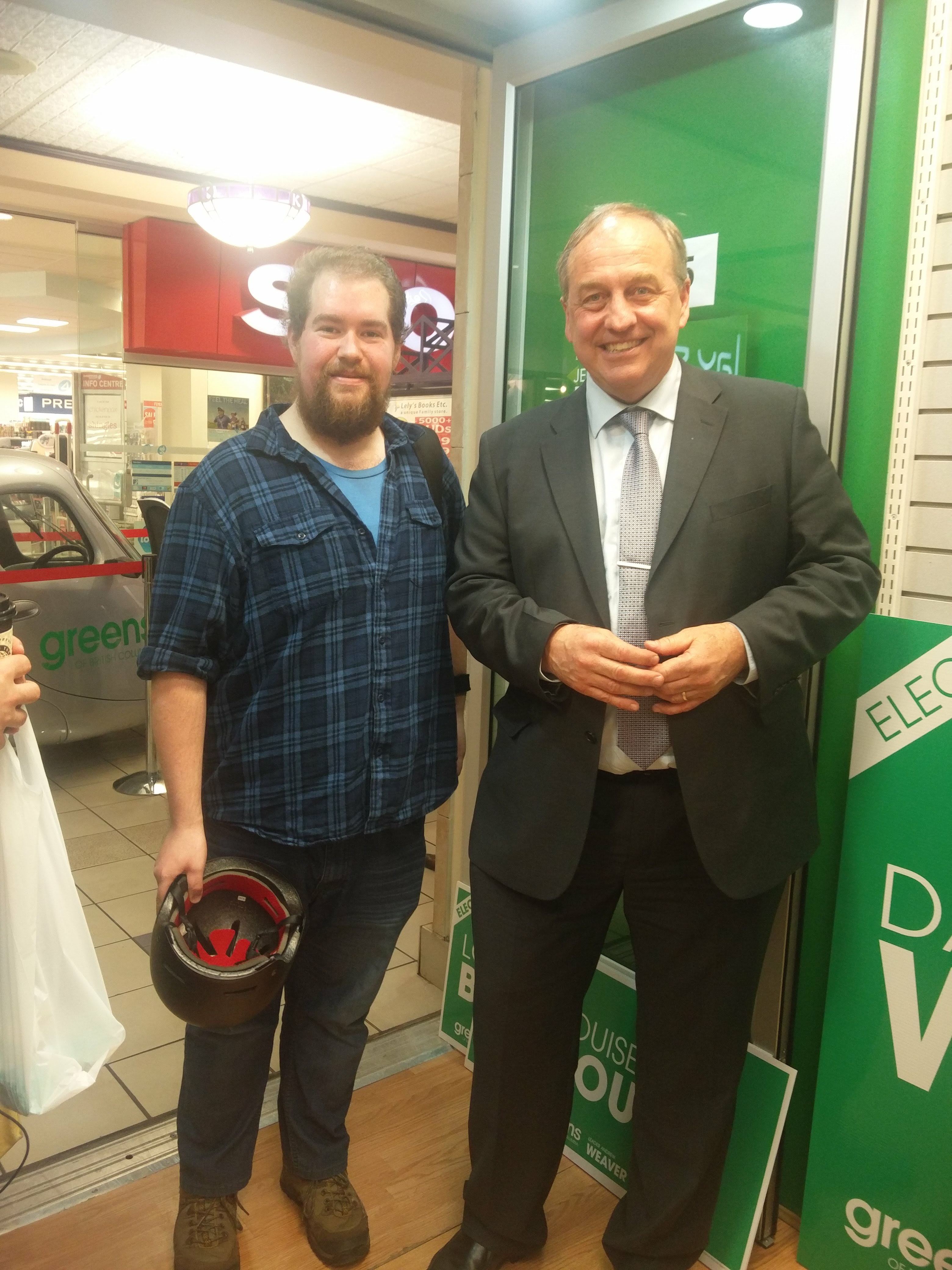 Poore’s passion for the Green Party and wanting to make a difference was sparked during a high school trip to Ottawa.

“The atmosphere in Ottawa, you could sense there was a huge change coming,” says Poore. “That’s when I started getting involved in politics.”

A long-time supporter of the Green Party of Canada, he got involved with the BC Green Party during the 2017 election, when he worked as the financial agent for Jacquie Miller, Green candidate for Delta North, and David Wong, in Vancouver-Hastings.

Poore also worked with FairVote during the campaign on Proportional Representation.

Up next he’s working as the campaign manager for Amita Kuttner, candidate in Burnaby North-Seymour in the federal election.

“We have a really good opportunity to shine some new light on new topics that are coming in the economic sector,” Poore says of the upcoming Oct. 21 federal election.