Volunteer Spotlight: Hugh Thorburn — Making a difference, one door at a time

This is the tenth in a series of posts the BC Green Party will be producing to spotlight our wonderful volunteers who dedicate countless hours to the betterment of the party. If you’d like to nominate someone to feature, email [email protected] with the subject line “Volunteer Spotlight.”

Nothing makes Hugh Thorburn happier than heading out into local neighbourhoods and speaking with neighbours about politics.

Whether he’s having a bad day at work or is in need of some cheering up, Thorburn says heading out canvassing or door knocking always puts a smile on his face.

“I really like canvassing, I like it a lot,” says Thorburn, a Nanaimo resident and a volunteer with the BC Green Party.

“It’s very uplifting to find people who think the same as you and have the same values. Some people don’t even realize they’re Greens. It’s the best thing we can do to further the Green movement and make it so that we have a chance to elect more Green MLAs or MPs.” 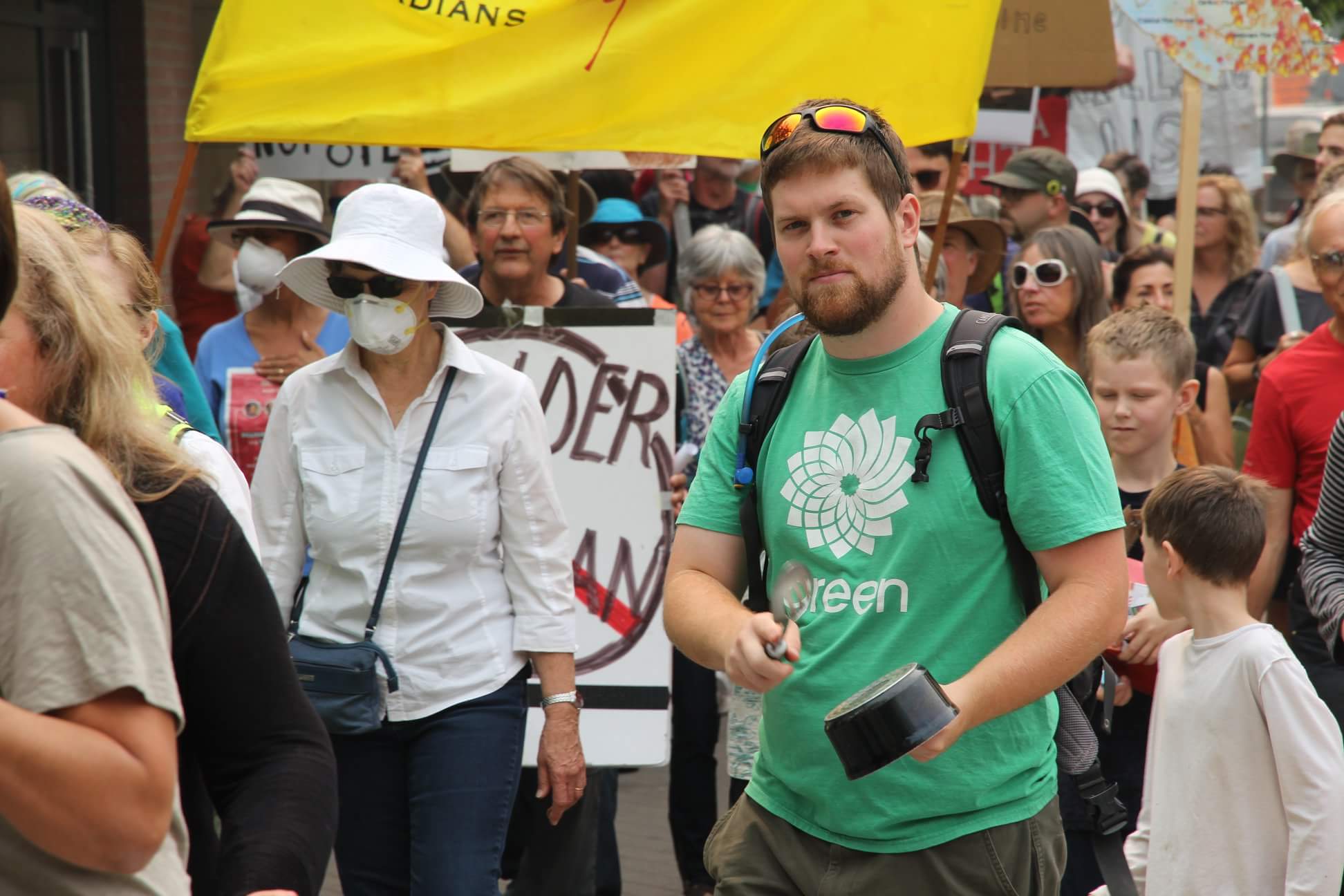 Thorburn, a self-described political junkie, first got involved with the BC Green Party roughly five years ago, after becoming fed up with federal politics.

Over the years, he began to lose trust in the federal government, and found that no matter which party was in government, the results were more or less the same. He found most parties weren’t taking action on issues he cared about most: environmental and climate action.

That’s when he decided to get involved with the BC Green Party.

“The other parties don’t see this and the potential that the resources (such as trees) have for tourism. There’s also long-term benefits of having a healthy forests.”

Since then, he’s helped on several candidates’ campaigns and helped form the Parksville-Quallicum Riding Association.

In addition, Thorburn volunteers with the Green Party of Canada and is currently focused on helping on Paul Manly’s federal campaign in Nanaimo-Ladysmith.

In the future, Thorburn says he will continue canvassing on various campaigns with the ultimate goal of electing more BC Green MLAs to the legislature.