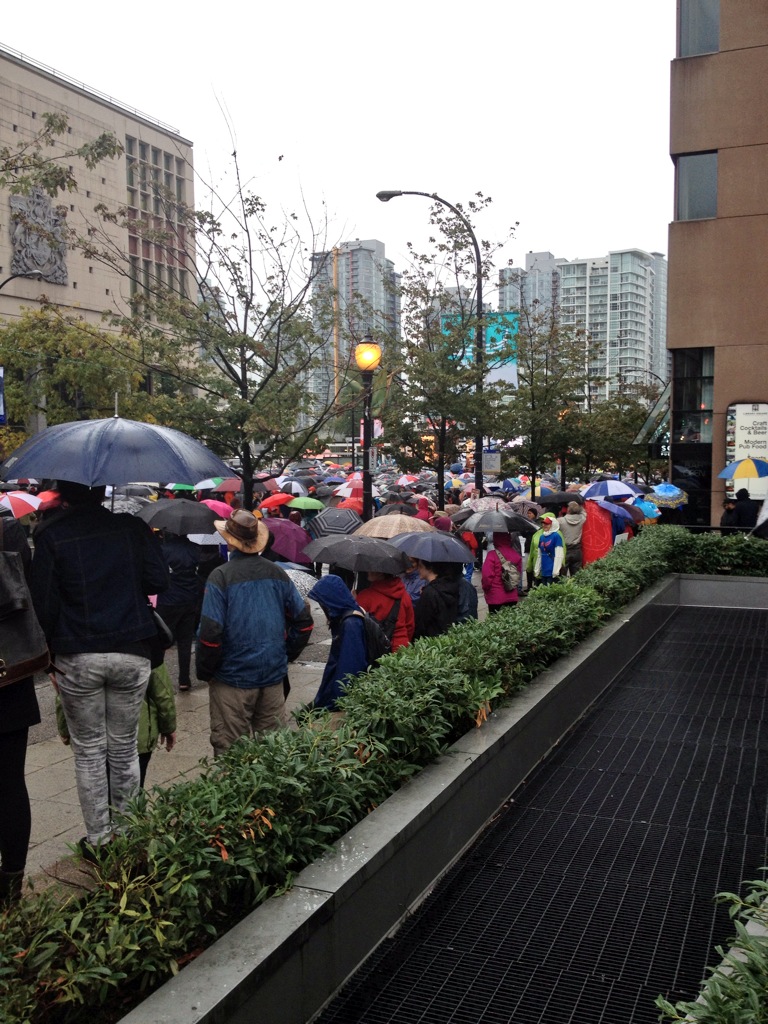 Tens of thousands of people gathered on a rainy Vancouver morning, each to find his/her way to reconcile the abusive past of Indian residential schools. Dr. Bernice King, daughter of rights activist Martin Luther King, gave a rousing speech. At the end the we chanted with her “Free at last, free at last” and hoped she was right; that this dark era of Canada’s history would be over and that everyone, my First Nations and non First Nations brothers and sisters alike would feel a new kind of freedom in this country.

In 1990, former Assembly of First Nations Grand Chief Phil Fontaine was the first to speak publically about his abuse at a residential school. A year later he led a healing conference in Tsartlip First Nation, near Victoria, for other past students, it was to be the first of hundreds and the beginning of a long journey towards healing in this country.

The Reconciliation Walk in Vancouver was drenched with metaphors; the rain—cleansing the crowd, the journey—one step at a time, and the mixed multitude—only together can we be truly free.

Everyone brought home his/her own message. For me, I heard the people say they were tired of the bad relationship between indigenous people and Canada. They want a new way of treating each other and are willing to do their part. I know I am. I left the event, one hopeful man, who like so many, come from both sides of the relationship, and believe that we can do it.