Adam Olsen: What we learned at the 2015 Union of BC Municipalities Convention 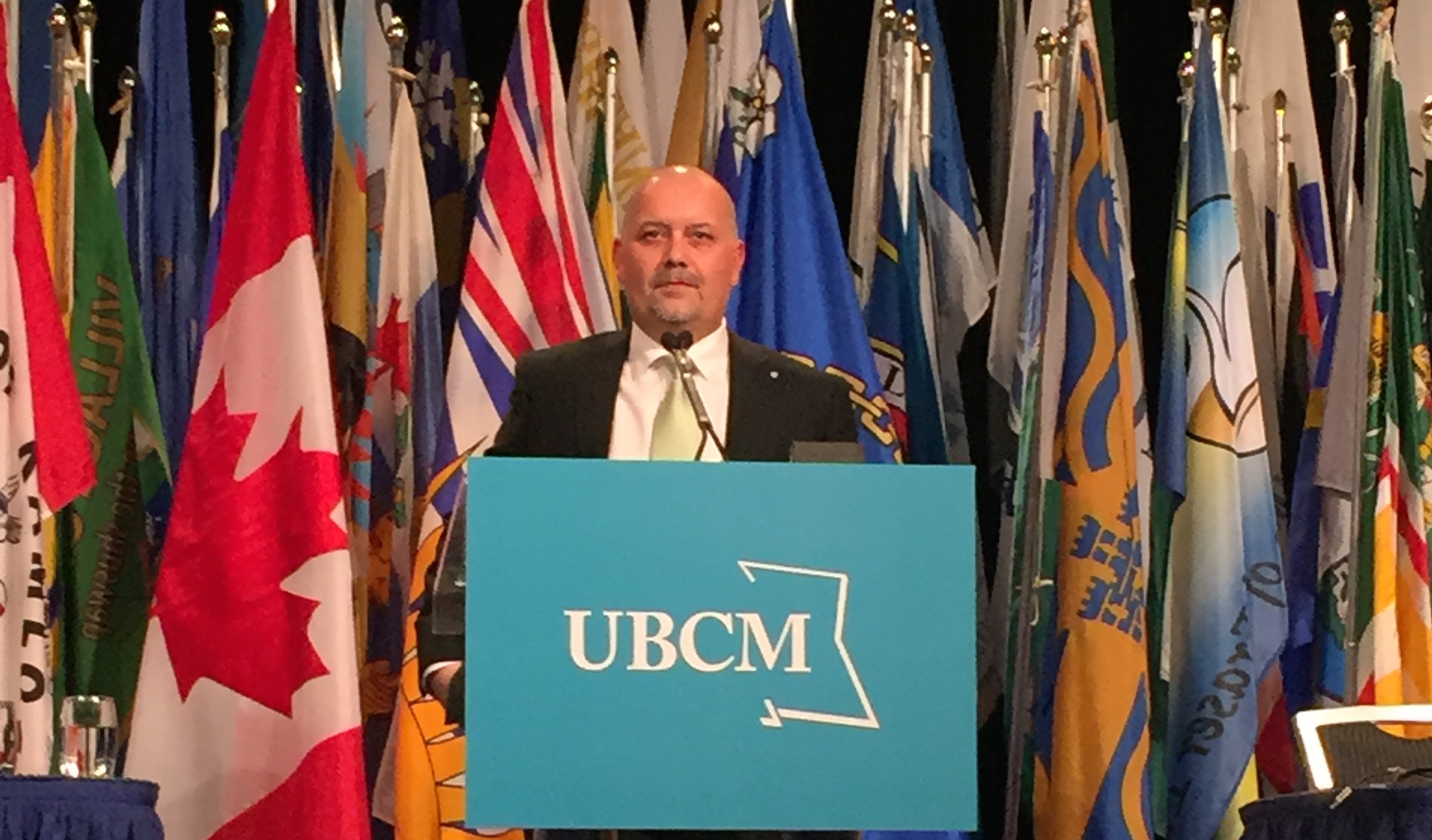 The 2015 Union of B.C. Municipalities convention in Vancouver was an exciting week for the B.C. Greens.

Our team came home with scores of business cards representing new and renewed relationships with local government officials from across our amazing province.

This was the third convention that I have attended as the Interim-Leader and I am excited by the consistent growth of our presence, effectiveness and warming delegate response over the years.

In 2013, there were three B.C. Green delegates in Vancouver, we attended every clinic, workshop, plenary, panel and networking event we could. Last year, our team grew to five, and our conversations moved from the hallways to the coffee shops. We met with about a dozen people in person and spread out across the convention program participating in many discussions as we could.

Last week, the B.C. Greens registered six delegates. We set up in a private meeting room in the West wing of the conference centre and hosted three full days of face-to-face conversations with mayors, councillors and regional district directors from all four corners of British Columbia.

Over the past three years we have established ourselves as an effective channel to provincial public policy making. With the other two parties dominating all but two seats in the legislature, access to the decision-makers has been limited. The B.C. Green Party is a new and different access point for your municipal leaders. We always do our best to raise the opportunities and challenges they share with us.

It is clearer every year that the Greens are good for democracy in British Columbia.

We know many of your communities are founded on the development of natural resources, and over the past decade provincial government policy has had a hollowing-out effect on rural British Columbia. In my speech I called on the government to start investing in our communities.

I was intrigued by the announcement made by Premier Christy Clark in her speech on Friday morning for a dividend of $75 million over 3-years to communities under 25,000. I look forward to seeing how the government implements this pledge.

As we build our province in the 21st century, we must remember that rural BC is a critical  economic driver for British Columbia. Our diverse and unique communities all contribute to who we are as British Columbians.

British Columbia’s economy is powered by our abundant natural resources. The leaders of resource communities expressed serious concerns about the current approach this province is taking. Consistent themes continued to arise, we need a stronger regulatory regime and increased enforcement capacity and critically important, British Columbians want to benefit from their labour.

The British Columbia economy can be so much more than selling out future generations for pennies on the dollar. As we transition from a 20th century economy over the coming days, weeks and years we must encourage and support innovation in the clean tech, digital and creative industries. There is no better place to live in the world and British Columbia has unparalleled access to fibre, renewable energy and, despite a poor relationship with the government, we have an amazing education system.

The B.C. Greens will work with your local leaders to make strategic regional investments to diversify our provincial economy by supporting our people while respecting the fragile ecosystems that sustain us.

Of course all of this is greatly impacted by the evolving relationships between local governments, the province and First Nations. This has been a file that the provincial government has mismanaged going back a long way. I attended a session on Monday called “Moving ahead with First Nations” and it became more clear than ever that the most important relationships are the local ones.

The federal and provincial governments have painfully negotiated only a handful of agreements over the the past 20+ years with First Nations, resulting in lost time for local relationship building. One of the biggest changes I have seen since arriving at my first convention in 2009 as a Central Saanich Councillor is that mayors, councillors and regional district directors are taking control of their neighbourly relationships and they are having remarkable success.

In my speech on Thursday morning, I implored the delegates to invest in building relationships along the fence lines. It takes leadership on both sides, but by connecting communities at the staff level we can create legacy relationships that last long after a single mandate.

I am excited to work alongside our colleagues at the local level. The UBCM can be certain that local government will always be a top priority for me and I will always strongly advocate that the B.C. Green Party invests our time and resources in being an effective channel to the Legislature.

The Greens stand with all our communities in British Columbia and we appreciate the work of the leaders you have elected to represent you.