Tyler Carpentier has one simple goal — getting the first Green MLA elected in Kamloops.

It’s a goal that Carpentier, a volunteer with the BC Green Party, believes is achievable in either the 2021 or 2025 elections.

“We see that as a realistic goal,” says Carpentier, who is also the president of the Kamloops Riding Association, which represents members in the North and South Thompson provincial ridings.

You can practically hear the excitement in Carpentier's voice at the thought of electing another Green MLA. That passion was first ignited three years ago. 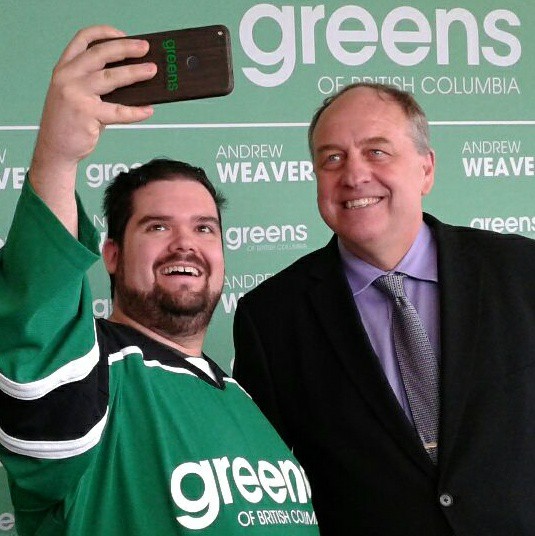 In 2016, Dan Hines, who is a BC Green Party volunteer and close friend of Carpentier’s (Hines even officiated his wedding), convinced him to attend a fundraiser with Green Party Leader Andrew Weaver.

After the fundraiser, Weaver had a chat with Carpentier about a new and better way of doing politics in BC, as well as moving away from hyper partisan policy and instead looking at the best way to solve the challenges we face.

“I found [Andrew] inspiring. I found him very relatable — someone that I could see myself working with,” says Carpentier, adding a number of his close friends were already involved with the BC Green Party. 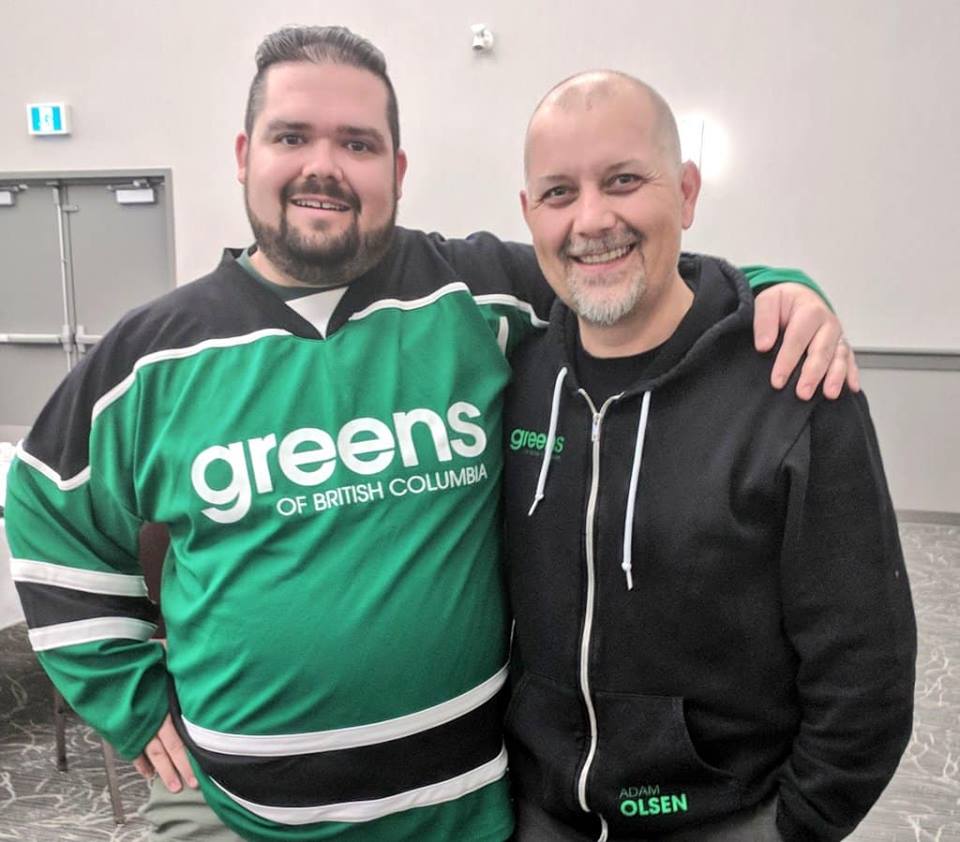 Over the past few years, Carpentier and a handful of other dedicated volunteers, have been focusing on building the riding association and getting a team in place ahead of the 2021 provincial election.

And momentum is building in Kamloops.

“We really opened a lot of eyes,” says Carpentier, noting he was inspired after seeing Paul Manly elected as the Green MP for Nanaimo-Ladysmith earlier this month; as well as the election of eight Green MLAs in PEI in April, forming the country’s first Green Official Opposition.

“In this next election, voters are going to look at our campaign and see that we are legit. Our goal is we want a Green MLA in Kamloops.”

For more information on how you can get involved with the BC Green Party, visit bcgreens.ca/volunteer. You can also meet other like-minded British Columbians at the party convention in New Westminster from June 7 to 9. The deadline to register is Friday, May 24.