Volunteer Spotlight: Kinsale Philip — Standing up for what he believes in

This is the ninth in a series of posts the BC Green Party will be producing to spotlight our wonderful volunteers who dedicate countless hours to the betterment of the party. If you’d like to nominate someone to feature, email [email protected] with the subject line “Volunteer Spotlight.”

Standing up for what he believes in is something Kinsale Philip does best.

It started in Grade 4 when he made a presentation to his class, encouraging his fellow students to utilize alternative means of transportation to get to school, such as carpooling and getting students who are able, to ride their scooters.

“I always wanted to have my ideas implemented and have my voice heard,” says the now 17-year-old New Westminster resident and BC Green Party volunteer.

While attending New Westminster Secondary School, he made anti-buylling presentations and created rap songs to inspire positivity. Most recently, he started a petition that garnered more than 1,700 signatures to stop the school’s administration from taking away students’ spare blocks. 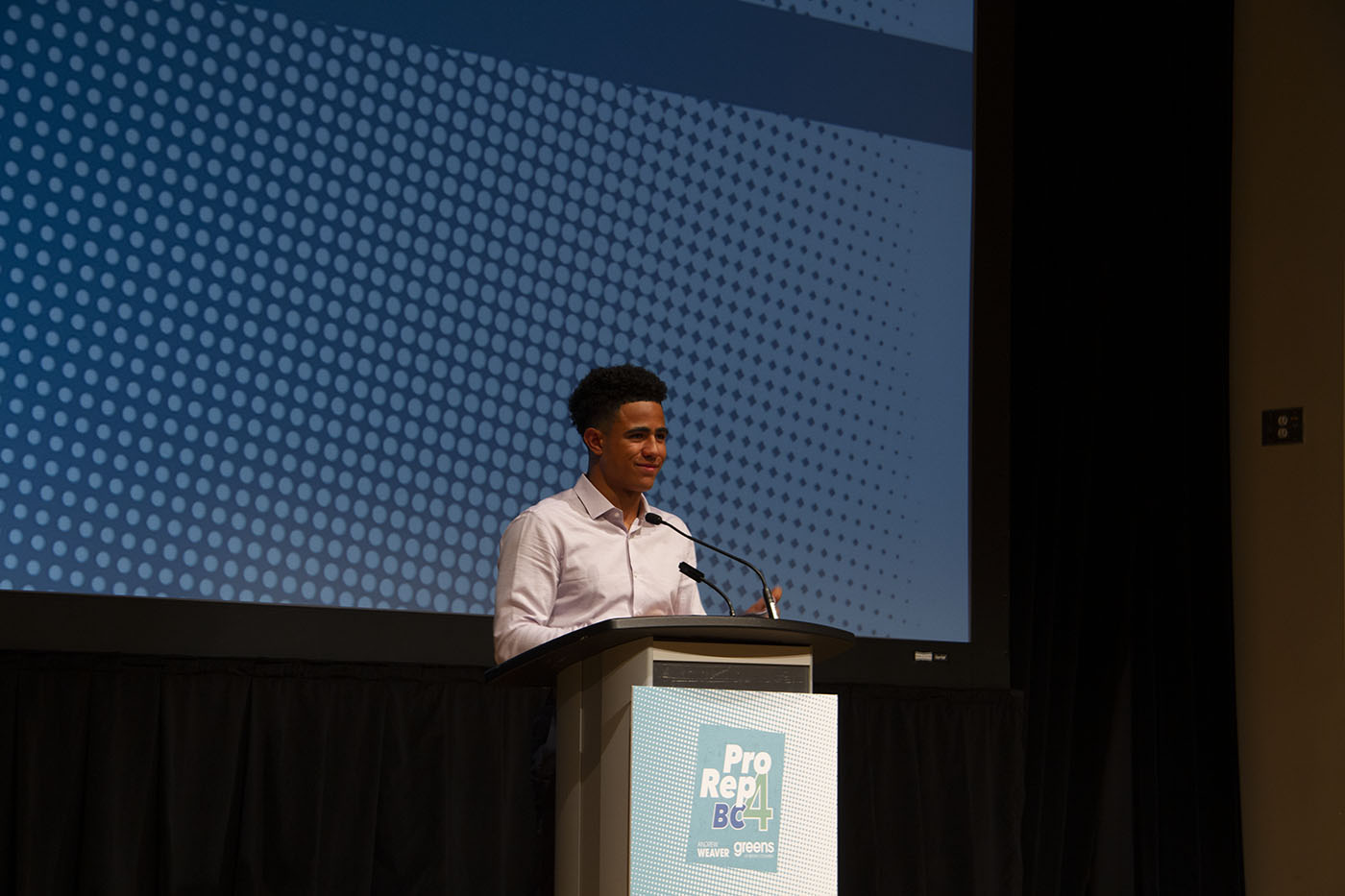 Now, in his senior year of high school, Philip helps to bring a youth perspective to the BC Green Party as a volunteer.

As a member of the New Westminster Riding Association, Philip attends the monthly meetings and assists with the minutes, among other things. In addition, he spoke during the rally and day of action on Proportional Representation in Vancouver last year.

“I just love being a part of a team. I’m drawn to teamwork and being collaborative, it’s a different feeling than being on a football field,” says Philip, who is also the quarterback of the New Westminster Hyacks football team.

“I feel useful as a volunteer. I wanted to be a part of something different and be able to meet folks with the same ideas. It’s been a really great platform and it’s a great community.”

Gearing up for the convention

Up next, Philip will be attending the BC Green Party’s 2019 Convention from June 7 to 9 in New Westminster, where he’ll co-host the kick-off.