This is the third in a series of posts the BC Green Party will be producing to spotlight our wonderful volunteers who dedicate countless hours to the betterment of the party. If you’d like to nominate someone to feature, email [email protected] with the subject line “Volunteer Spotlight.”

To say that it’s in James Marshall’s blood to be a Green supporter is an understatement.

Marshall’s father, William, was one of the founders of the Green Party of Canada in 1983, alongside Paul George, Ted Mousseau, Ed McDonough and Seymour Trieger.

His godmother, Betty Nickerson, was the first federal Green Party candidate in a by-election running in Mission-Port Moody; and her husband, Trieger (who is also Marshall’s godfather), was the second leader of the Green Party of Canada from 1984 to 1988.

Despite his strong ties to the Greens, Marshall, who has been a volunteer with the BC Green Party for the last three years, didn’t get involved in politics until more recently. 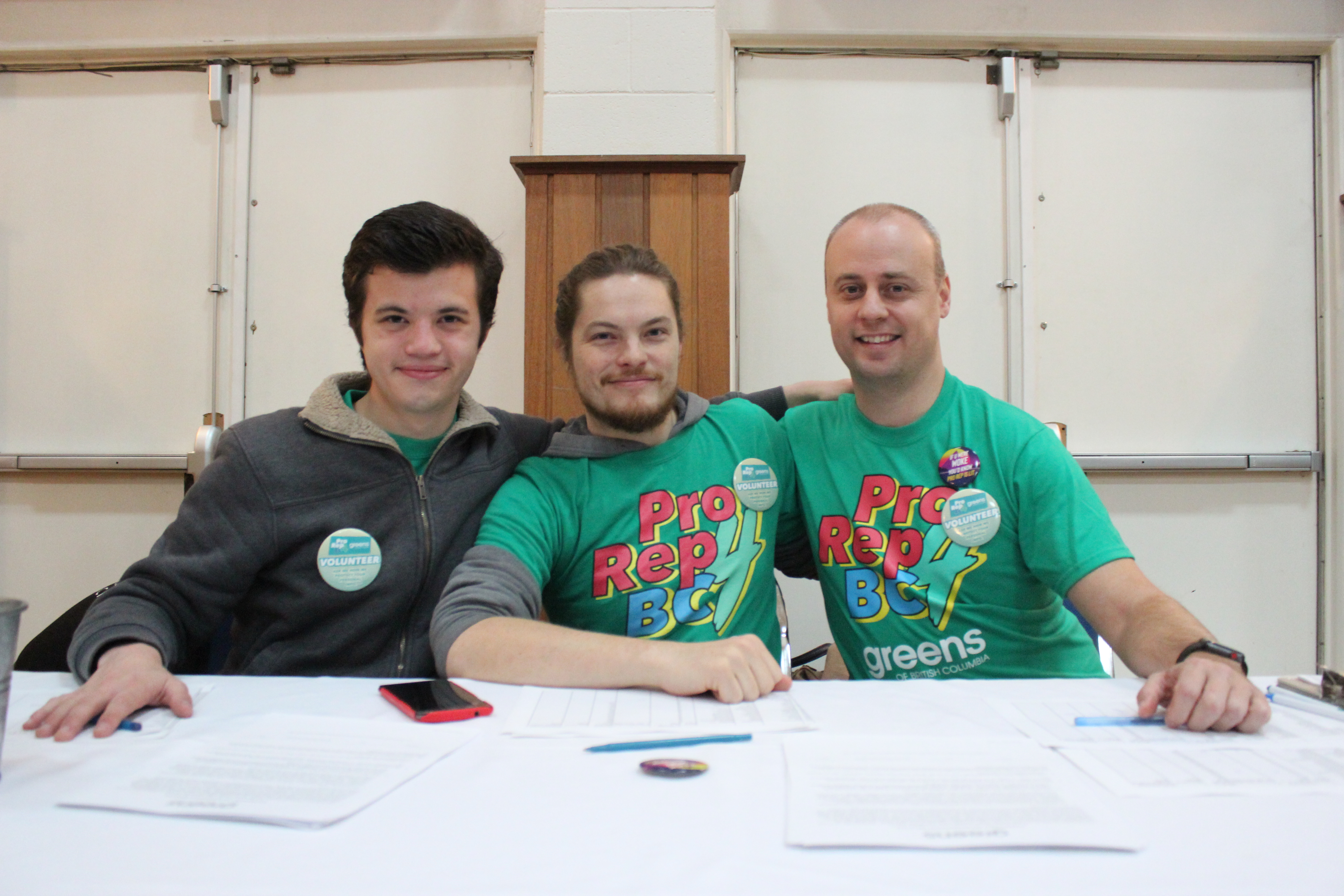 James Marshall (centre) has been a volunteer with the BC Green Party for the past three years.

While he has voted in every election since he was 18 years old, Marshall always assumed those in government would take care of the things he cared about — the environment, living within the confines of the planet, and the economy, among other things.

“Any of the stuff that I cared about, I assumed politicians were working on it. I had some trust. I realized recently that any progress being made was extremely minimal,” said the 30-year-old Vancouver resident. “I figured other people would solve things and eventually I realized that apparently — they’re not.”

That’s when Marshall decided to get involved and redirect the energy he had in a positive way. He started by attending the BC Green Party convention at the University of Victoria in 2016.

From there, he returned to Vancouver and built upon the connections he had made with other like-minded individuals at the convention.

Marshall eventually ran as a candidate with the BC Green Party in the West End Riding in 2017, and contributed to the party’s campaign for Proportional Representation — an issue he’s particularly passionate about.

Most recently, Marshall has spent the last two years writing a book about the Green movement across Canada. The book, which is currently not titled, details its history, who the Greens are, what we’re about, and looks at what a potential Green government could look like in the future.

“The way the Greens think of things completely differently . . . that’s what attract me to it,” said Marshall, adding the book will be self-published and released before the federal election later this year.