This is the eighth in a series of posts the BC Green Party will be producing to spotlight our wonderful volunteers who dedicate countless hours to the betterment of the party. If you’d like to nominate someone to feature, email [email protected] with the subject line “Volunteer Spotlight.”

Reflecting on the last few years, the Victoria resident and BC Green Party volunteer has made a complete 180 degree change in many aspects of his life, including how he views the world.

“I love politics. I love understanding these complicated issues, striking at the heart of the matter and figuring out the best answers to the complicated questions we face,” says Rose, a University of Victoria student.

“Once you’ve gotten deep into this [politics], everything else seems trivial. It’s great when you can make a hobby out of changing the direction our country is moving in.” 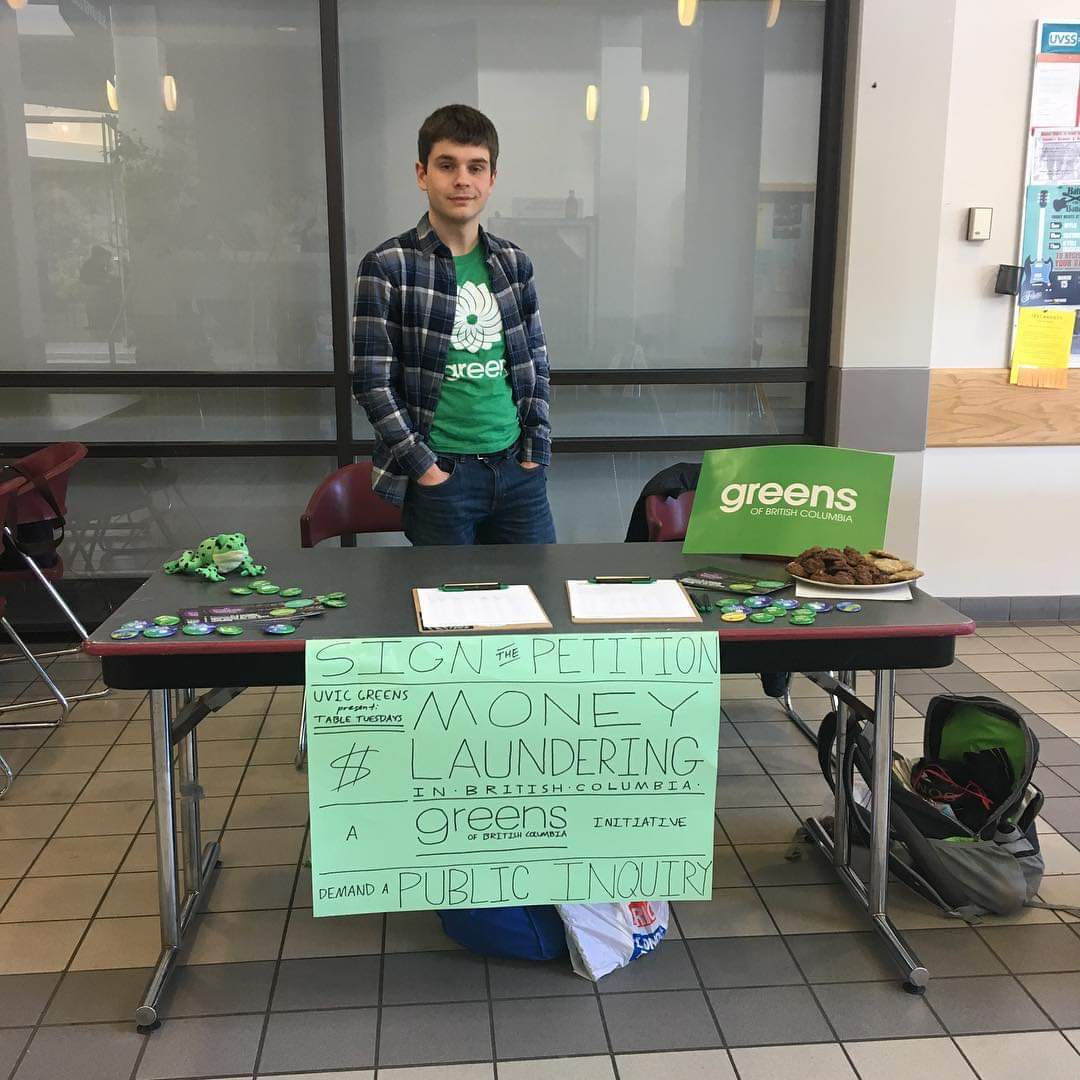 Growing up in a Conservative household

Rose was raised in what he described a "Conservative household" in Vancouver. His father was not very politically involved, while his mother was involved with NPA Vancouver, a civic elector organization.

As he got older, Rose became more interested in politics, and became increasingly concerned about global warming and environmental degradation.

After moving to Victoria for school, he attended a town hall where BC Green Party Leader and MLA for Oak Bay-Gordon Head Andrew Weaver gave an update about the Party's work in the legislature. It was Weaver who convinced Rose to volunteer with the party.

“He was so articulate. He’s a great speaker and it was beautiful to hear what his vision for BC was,” says Rose, who is now a vegetarian.

From there, Rose got involved, making more than 230 calls and dedicating 14 hours of his time to the campaign for Proportional Representation last fall. He is also a member at large for the Oak Bay-Gordon Head Riding Association.

In addition, Rose is the events chair for the University of Victoria Greens, which represents students who support both the provincial and federal Green parties.

In that role, Rose recently started a new initiative called Table Tuesdays, in which he sets up a table in the student union building to discuss issues with students. Most recently he’s talked about money laundering and the SNC Lavalin scandal.

“I feel like I’m making a difference,” says Rose about volunteering for the BC Green Party.

“I can see, as much as one person can, that I’m helping to make things better, in terms of bringing people’s attention to what’s actually important.

“I never imagined that a political party could match my beliefs so closely . . . The more time I spend with the Greens, the more I find they’re my people. I find that they so much more frequently look at things from an angle that makes sense.”