Victoria Community Forum with your BC Green MLAs RSVP now 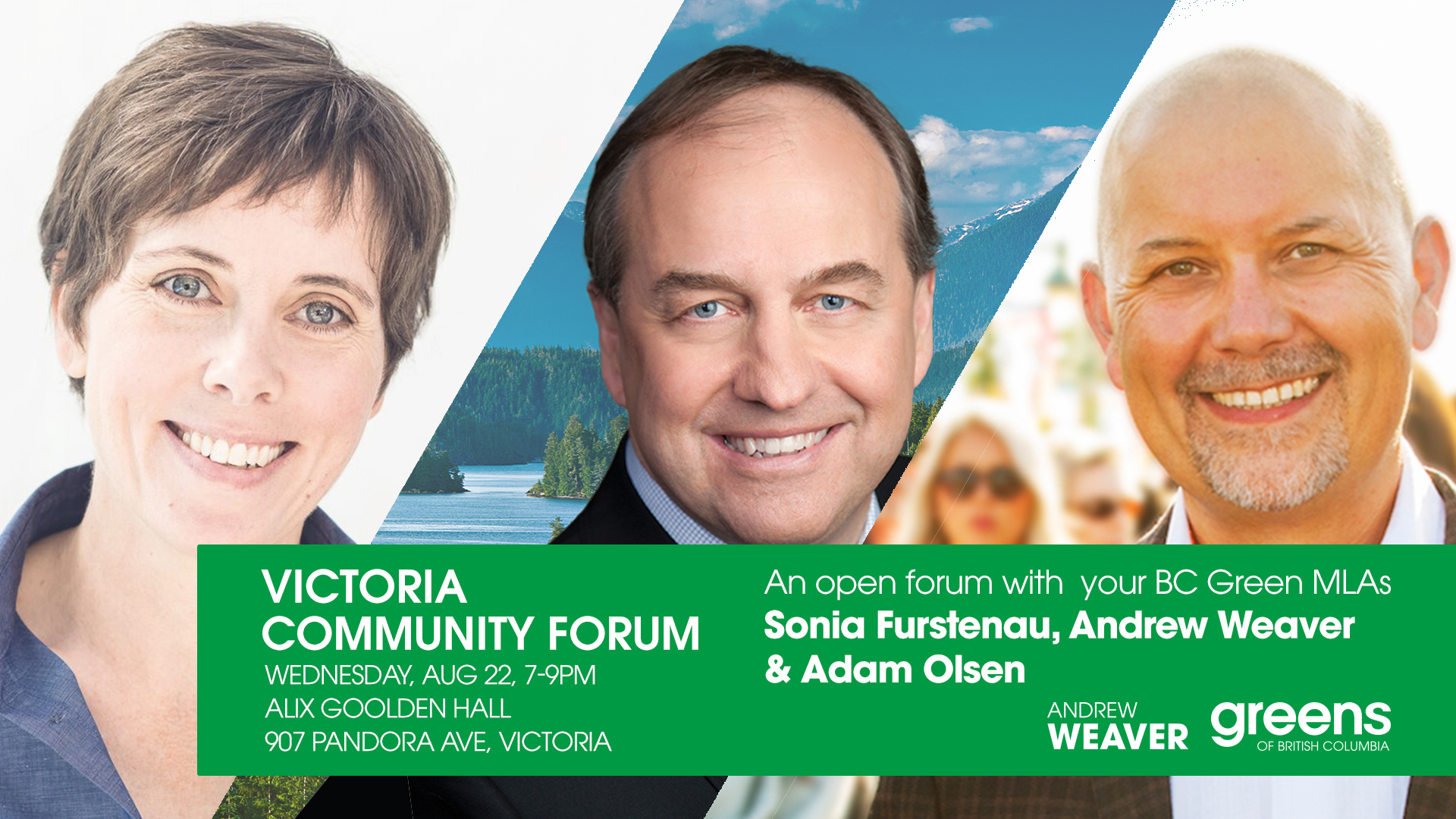 It’s been just over a year since BC’s first minority government was formed under a Confidence and Supply Agreement brought forward by the BC Green Caucus. Join Leader Andrew Weaver, Sonia Furstenau and Adam Olsen for a community event to talk about what we have accomplished in the past year and what is in store for the coming year.

In the last year, together we have:

What has been important to you? What issues do you want the Caucus to focus on in the coming year. Join us on Aug. 22 to share your ideas and connect with your BC Green MLAs.

Alix Goolden Hall
907 Pandora Ave
Victoria, BC V8V 3P4
Canada
Google map and directions
Do you like this event? Tell your friends about it!
Tweet