This week was a clear reminder of why I decided to run for office.

Back in 2008, I had the honour of working with then Premier Gordon Campbell, his Minister of Environment, the Honourable Barry Penner and the Climate Action Team to outline clear, bold and practical steps that we as a province could take to address global warming.

Standing Alone in Support of a Sustainable 21st Century Economy

Today, for the second time since I was elected, I stood alone in the legislature.

This fall brought our elected representatives back to Victoria to debate the government’s singular plan to develop an LNG export industry in British Columbia. Our new session started on Monday with the government’s Speech from the Throne.

Today I rose in the legislature to give the required two day’s notice that I will bring forward an amendment to the Throne Speech. Delta South Independent MLA Vicki Huntington seconded my notice of motion.

When I speak to the Throne Speech, and subsequently the amendment on Thursday, I will outline an alternative vision for diversified, sustainable, 21st century economy.

This morning we attended the LNG in BC: Opportunities and Challenges session at the Union of British Columbia Municipalities convention in Whistler, BC. The session should have been called LNG in BC: If we can we pull this thing off!”

The presenters highlighted the opportunity presented by the Liquefied Natural Gas (LNG) industry in British Columbia, but it lacked the balance needed to provide a fair analysis of what is really going on in the B.C. gas fields.

Morning panels: LNG in BC and Earthquake preparedness

We've registered and are now in our morning sessions. Adam and Director of Communications Stefan Jonsson are at a panel discussion on LNG in BC, and Director of Development Wyatt Tessari and Admin and Volunteer Coordinator Jordan Bober are at the Earthquake preparedness session.

Adam and staff will provide analysis on the LNG presentations later in the day. 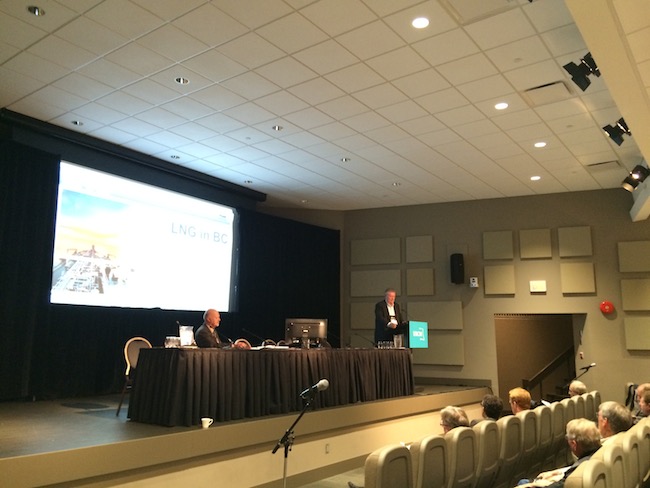