B.C. Ferries and the provincial economy

The Union of British Columbia Municipalities (UBCM) introduced the details of their latest major policy report yesterday, Boatswains to the Bollards: A Socioeconomic Impact Analysis of BC Ferries, prepared by Peter Larose of Larose Research and Strategy.

This impact analysis investigates chronic government mismanagement of the B.C. Ferries corporation, arguing that fare hikes and service reductions over a 10-year period have cost the provincial economy over $2 billion and eroded a world-class ferry system, threatening its long-term viability.

At presentation on impacts of BC Ferries fare increases

Adam, Bob, Wyatt and Stefan are at a presentation by researcher Peter Larose on his recently released study on the impact of BC Ferries fare increases on ridership. The study was commissioned by the Union of BC Municipalities (UBCM). 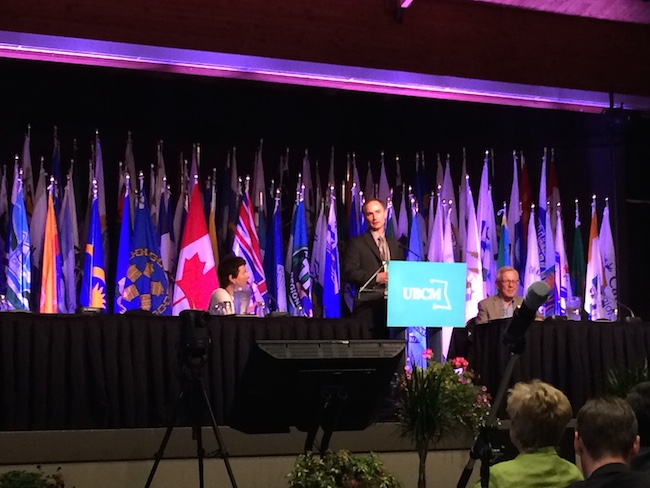 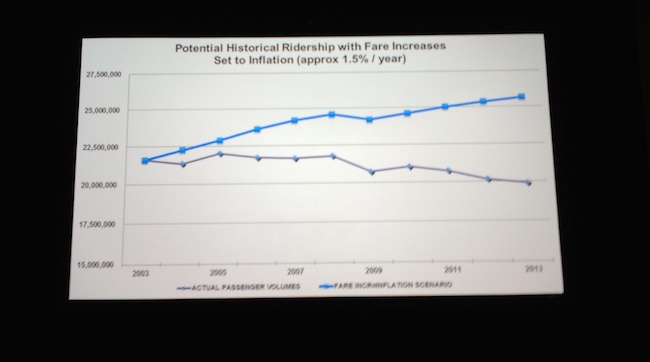 Larose is responding to many of Minister Stone's criticisms at his presentation. We will summarize his responses in a later post.

A new report released by the Union of British Columbia Municipalities (UBCM) seriously questions the decisions of the provincial government’s to decrease ferry service and rapidly increasing fares over the past decade.

What are the proposed BC Ferries cuts costing British Columbians?

Following the Defend our Marine Highways rally at the BC Legislature on March 11th, Transportation Minister Todd Stone was quick to publicly react. Among other things, the Minister suggested the government knows more than they are letting on. He admitted:

“We certainly know there will be some impact from a tourism perspective.”

Based on Minister Stone’s certainty, it begs the question, what does the government know that they are not telling us? What is the impact and how big? Will the cost to coastal business communities be greater than the $19 million dollars they are seeking to save through ferry schedule reductions? What about the long-term impact?

Adam Olsen, Andrew Weaver and Elizabeth May at Defend our Marine Highways

"It is good to be here with you, all my friends and relatives.

"We are here today to stand with our coastal communities.

"Today is a day of mourning… and a day of celebration:

"We mourn the eroding fabric of our Province, brought on by the backward BC Ferries policy of the current and previous BC Governments.

"We stand with all our coastal communities… we stand with all British Columbian’s. Your government does not value your contribution… your opinions… your ideas… and your solutions.

Your ideas matter. Tell us what you think the BC government should be doing to support our ferry system.

Time for Fiscal Fairness for Coastal Communities served by BC Ferries

Public controversy over the fiscally-challenged British Columbia Ferry Corporation emerged as one of the top news stories in 2013. Signs that the former crown corporation was in an unsustainable financial position prompted Honourable Todd Stone, the Minister of Transportation and Infrastructure to announce several cuts and changes to the BC Ferry service in November. These included service reductions on some routes, cuts to seniors’ discounts and the potential addition of slot machines on major routes.