VICTORIA B.C. – Due to the volume of interest received in its Affordable Homes Strategy, the B.C. Green Party has released a document explaining key elements of the strategy and clarifying some of the details, including the policy on provincial capital gains tax.

Victoria, B.C. – Andrew Weaver, Leader of the Green Party and MLA for Oak Bay – Gordon Head, says that government policy is contributing to the rampant speculation in Vancouver’s housing market and that it could take simple steps to start addressing the issue now.

It's hard to know what to make of B.C. Premier Christy Clark's response to Mayor Gregor Robertson's better-late-than-never request for government action around Vancouver's affordability trap. But if you peel back the layers and actually take the time to read through both the B.C. Finance Ministry's briefing note on the topic, and then the research submitted by the B.C. Real Estate Association, things become a little more clear. This is a decision born more from ideology than from any evidence-based analysis.

Bubble Trouble—the need for thoughtful regulation and role of government

I was cautiously optimistic to hear the Premier’s May 30th announcement that the BC Liberal government have begun researching the options for taking action on the issue of unaffordable housing prices.

The affordability crisis in Vancouver certainly isn't news—it was a central theme of our most recent civic election, and the two preceding it—but in recent weeks, calls for senior government intervention have landed on the premier's desk in the form of a petition seeking restrictions on foreign ownership of property.

Readers might be confused by Premier Christy Clark's warning that implementing taxes on foreign real estate investors would cause housing prices to drop, while Housing Minister Rich Coleman insists the provincial government has no intention of even collecting data on foreign ownership, nor has it come up as an issue for his ministry.

Are the growing number of Vancouverites’ concerns warranted? Is the unfettered flow of global capital into our local market affecting our housing affordability? It would be hard to argue that it does not.

To describe the notion of external capital affecting a local market, I need look no farther than my own backyard. Over the last decade and a half in my Strathcona neighbourhood, long-time family homes would turnover as the elderly tenants would pass on, or could no longer afford the upkeep. One notable speculator, the scion of a wealthy B.C. industrialist family, began amassing a real estate portfolio by buying these homes as they came on the market, in cash, and with no conditions. Of the estimated 340 detached single family homes in Strathcona, the Point Grey speculator may have snatched up a dozen, less than five percent of the available stock, but enough to change the market economics. The result was that many local residents—neighbours of more modest means—could not afford to buy into their community, and that house prices rose incrementally with each bidding-war for the limited stock available.

What this tells us of course is that speculator investors certainly aren't all foreign, but that externalities like non-local capital can price locals out of the market and inflate the median market value. Today, the median home price in the city of Vancouver is more than 11 times the median income. Even with the conservative estimate of five percent foreign investment, the premier is correct in her assertion that foreign capital buoys our domestic real estate market to the benefit of resident and non-resident speculators alike.

While no level of government has yet to amass real data on speculation, there's been no shortage of musing on the subject. South China Morning Post's Ian Young has written extensively on the subject of foreign capital; urban planner and researcher Andy Yan has compiled records of utility usage to develop data on empty condos; the website Beautiful Empty Homes of Vancouver has itemized scores of empty million-dollar houses; in their 2008 campaign platform, Vision Vancouver called for "unlocking vacant condo units as rental housing".

Real estate and development professionals caution against demand side intervention as they may yield unintended consequences and risk cooling off Vancouver’s white hot real estate market. At the same time, the world’s top money manager is advising global investors to “Forget gold, buy a Vancouver condo if you want to stash your wealth”.

When we talk about foreign investment—there is an important distinction which often gets lost in this conversation—foreign investors are by definition not immigrants or necessarily even residents: by law they cannot spend more than six month a year in Canada, and by circumstance, they do not pay into our "social contract" by way of income tax, nor do they pay capital gains tax on the sale of their property.

Real estate investors do pay the same property tax that all Vancouverites (either directly or indirectly) pay, which helps cover costs of things like road maintenance, schools, and garbage. As senior governments play less and less of a role in providing housing, city governments are bearing the brunt of the affordability crisis, with developer cost levies—used to fund things like public amenities and community centres—increasingly being used to provide social housing but at a rate that can’t keep up with the market growth.

There’s a sad irony in the notion that a “yes” for the transit-plebiscite proposed increase in sales tax will result in transit-oriented development that could create investment vehicles for people who might never pay sales tax at all (that said, I personally think the sales tax increase is money well spent for improved transit infrastructure).

China, Hong Kong, Australia, and the U.K. all apply special taxes on foreign investors. Closer to home, Alberta, Saskatchewan, and Prince Edward Island restrict foreign ownership of real estate—ditto resort destinations like Mexico. Last year the B.C. Chamber of Commerce released a report calling for the provincial government to address foreign investment and asserting that affordable housing is good for our economy. With one million new residents projected for Metro Vancouver over the next 30 years, we can expect the demand to remain buoyant.

Over the last five years, Hong Kong in particular has successfully reduced property speculation and simultaneously redirected dividends to the provide public benefit through a three-tiered stamp duty. Hong Kong’s “3D” taxation scheme effectively targets corporate and non-resident buyers, quick resales (or “flippers”), and luxury property buyers; providing billions of dollars worth of social housing investment and cooling the market all without any long-term damage to housing values.

Foreign investment is good for B.C.—ultimately it creates jobs and benefits for our economy—and it certainly is not the only cause of our affordability crisis, but to deny its role is irresponsible. Let’s look to solutions like a non-resident tax premium that could be remitted back to the municipalities to encourage more foreign investment or build social housing as local demand dictates. Let’s look to solutions like fixing our homeowners’ grant so that it recognizes the importance of investor-owned rental properties, rewarding “good” landlords and discouraging empty apartments. Let’s look at ways of closing corporate tax loopholes that allow bare trust holdings to avoid paying the property transfer tax. Let’s look at ways to use the property transfer tax to discourage speculative flipping for quick profit.

Affordability will remain in focus on Friday (May 22) with Bob Rennie addressing the Urban Development Institute, where he’s expected to advocate for more supply; while the #DontHave1Million rally will see middle-income Millenials calling for senior government intervention; and I’ll be at the B.C. Green Party AGM to discuss this very issue.

The time is now. It wasn’t too long ago that climate change deniers were refusing to act until they were presented with conclusive, definitive proof of anthropogenic change—and as a result we wasted valuable time. By that same notion, we cannot continue to ignore the roots of our affordability crisis and our obligation to act on it for the benefit of all British Columbians. 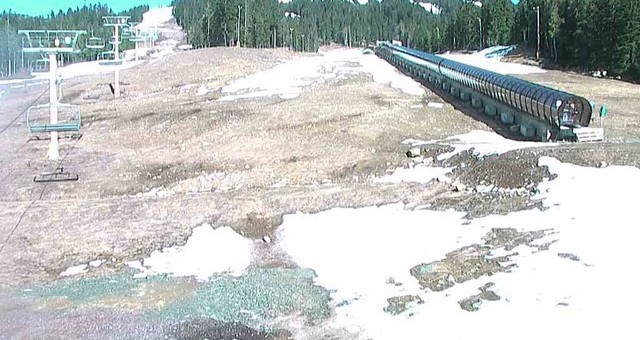 Today in the legislature I was given the opportunity to respond to last week’s budget.

In the details of my speech below, you will see that I have tried to highlight both what I support in the budget and what I do not support.