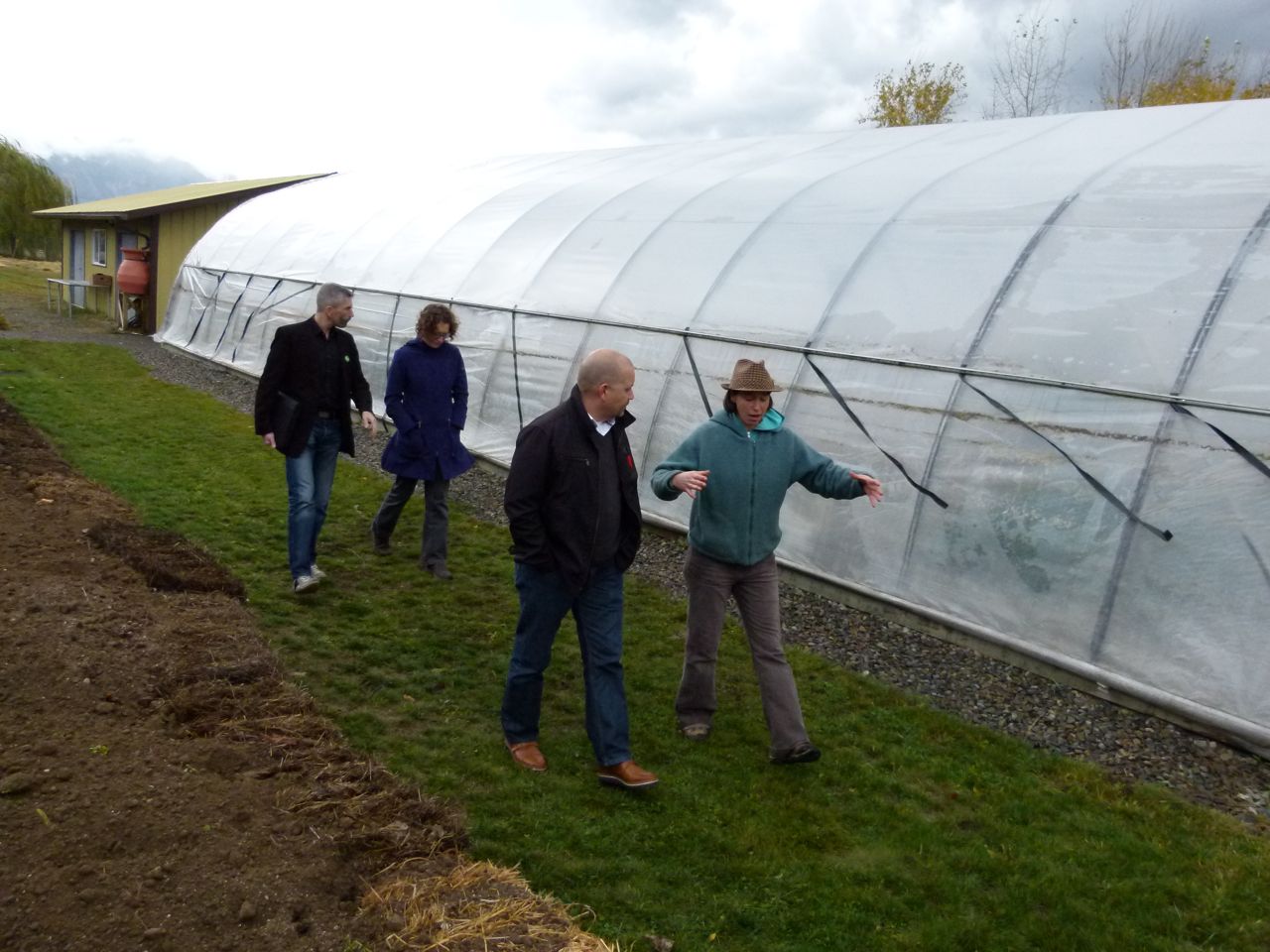 For the past week I have been travelling the southern part of the province continuing the work the BC Greens started in the May 2013 election. The momentum is growing and it is incredibly exciting to begin the laying the groundwork for 2017.

Last weekend I visited Trail, Castlegar, Nelson and Creston. Like the Capital Region campaigns, Sjeng Derkx in Nelson-Creston received over 20% of the votes. The BC Greens vote in the 2013 election tripled over 2009. On Saturday evening, the Nelson-Creston Constituency Association hosted their AGM. They packed the house and we shared a wonderful evening of local food and entertainment. I was honoured to provide the closing address and thrilled to see Nelson’s cultural ambassador, actor and comedian, Lucas Myers. Myers channeled his alter-ego “Randy from Creston” to serenade us with his song to all the “environmentalistic” people.

During my visit to the Kootenays I met with local government, business and community leaders in Castlegar, Nelson and Creston. Unfortunately my visit to Trail was cancelled because fog delayed my flight out of Vancouver.

Nelson tour stops included the SEEDS Project and Nelson Commons development. While in Creston we met with regional district leaders, local farmers and had a private tour of the College of the Rockies agriculture program. It is incredibly uplifting to see the work British Columbians are doing to build resilience in their communities. 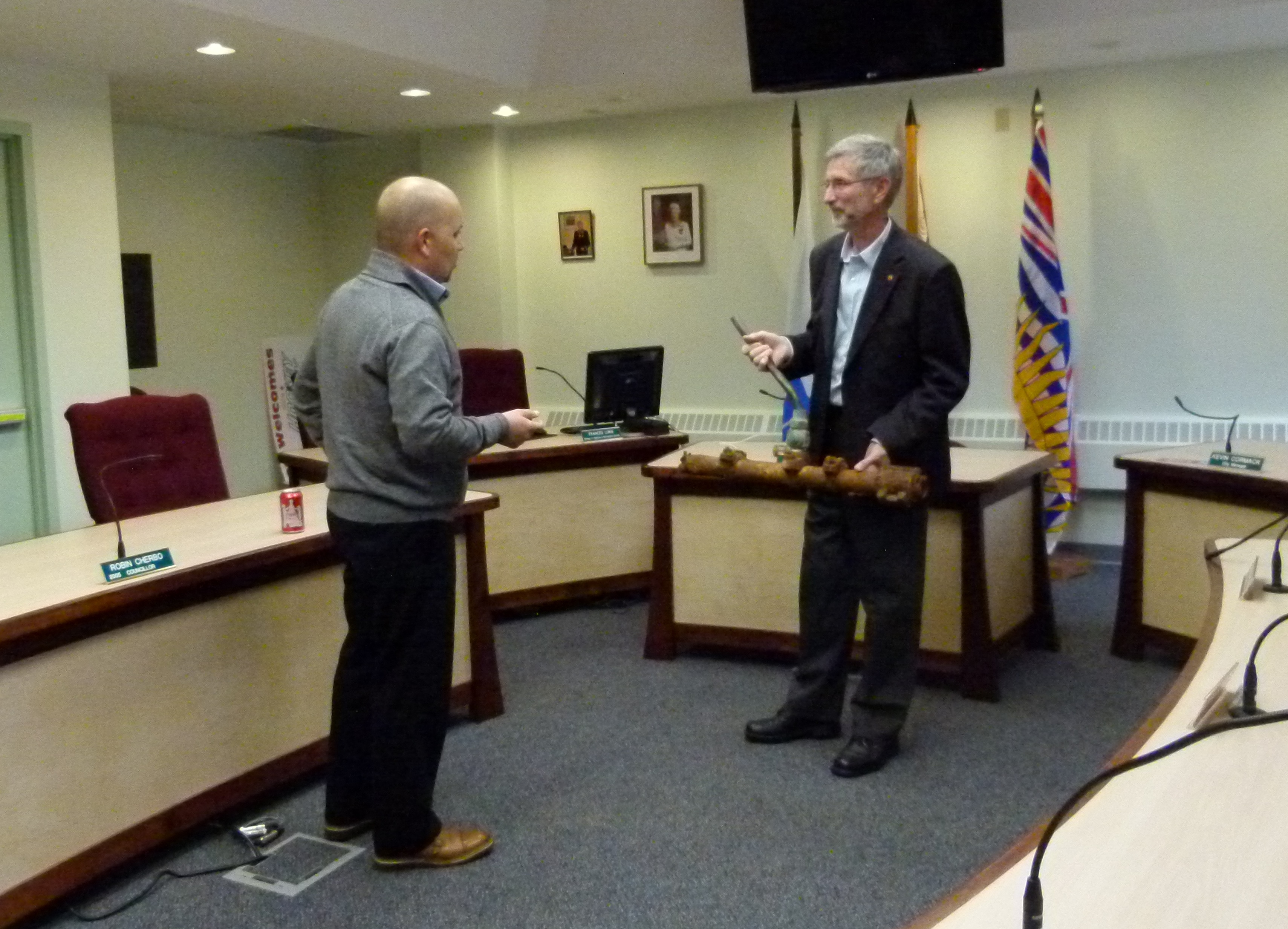 I learned of the investments Nelson and Creston are making in their infrastructure, the on-going discussion around the Columbia River Treaty and heard first-hand the extreme difficulties small and rural communities are having providing their citizens adequate emergency health services.

The BC Greens have significant work ahead in the Kootenays. Even though support tripled in Nelson-Creston in 2013, if the BC Greens are going to win the seat in 2017 we need to double it again. It is encouraging that the groundwork is already being laid. We have a strong constituency association, an eager base, strong local leadership and an early start.

Following my trip to the Kootenays, I visited the Delta-Richmond Greens on Monday and Nanaimo Greens on Tuesday evening. This was my first meeting with supporters in the Lower Mainland and central Vancouver Island.

In Richmond, I heard about the ongoing troubles with transportation and TransLink. With Premier Clark’s commitment to replace the Massey Tunnel with a new billion dollar bridge and the potential that the river could be dredged to make way for larger, deeper hulled ships, over the next few years Delta-Richmond is going to be a hotspot for transportation issues.

On Tuesday my travels took me to the Vancouver Island Economic Alliance (VIEA) Economic Summit at the Nanaimo Convention Centre. VIEA is an important organization that has been engaged in many initiatives to enhance the economic health of Vancouver Island. The conference brought together key political, business and community leaders and many of the workshops throughout the two-day event focused heavily on green initiatives, lessening the our footprint on the planet and clean tech.

I hope the provincial government will expand their focus from being so LNG-centric to include the other opportunities for investment into the discussion. Not everybody wants to, nor can they, work in LNG, and it is important that we are supporting them as vigorously as the government is supporting the fossil fuels industry.

I will continuing working with the Nelson-Creston, Delta-Richmond and Nanaimo Greens to build a strong presence in these regions. There is plenty of opportunity to capitalize on the growing momentum of our party. We are committed to organizing on the ground, creating strong personal connections, building solid relationships with community leaders and giving our constituency associations the best chance to have winning campaigns in 2017.