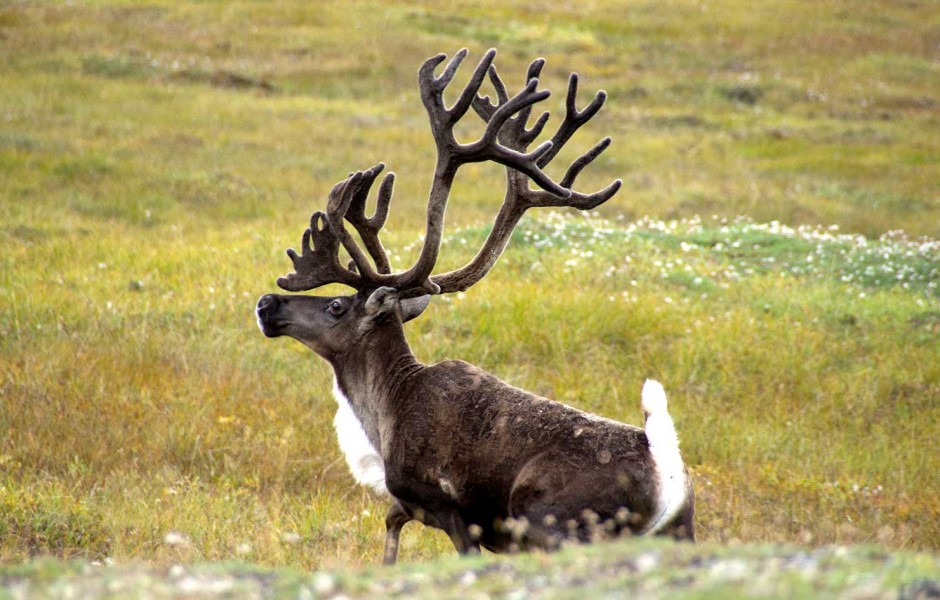 Today in the legislature I rose to probe the government’s efforts to preserve natural habitat for BC’s remaining healthy wood caribou herds.

Several additional herds are listed as threatened under Canada’s Species at Risk Act. As such, management actions have been required and subsequently taken. In the discussion reproduced below, the Minister of Forests, Lands and Natural Resource Operations notes that the  government has already protected 2.2 million hectares of mountain caribou natural habitat from logging and road building.

I point out that these protected areas have enormous value for preserving British Columbia’s biodiversity, especially in light of ongoing global warming (which I recognized that a rather significant number of BC Liberal MLAs still struggle to believe is occurring). Yet these areas, a substantial fraction of which are old growth forest, also have enormous commercial value.

I wanted to know whether the Minister would commit to the continued protection of these forests even if the caribou herds — those herds which required forests to be protected under Canada’s Species at Risk Act in the first place — become extinct.

For example, there is a very real concern that when the Selkirk herd goes extinct, for example (there are only a dozen or so caribou left), vast areas of valuable, yet presently protected, old growth timber stands will be logged.

I was disappointed in the Minister’s response (which I reproduce below as well).

Please note: when I say “in opposition” in the text, I meant “opposite”. I was gesturing to the BC Liberal side of the house where there are a fair number of MLAs who still have a hard time accepting that the world is warming because of increasing greenhouse gases, despite the fact the scientific community has known this for decades.

A. Weaver: It’s well understood within the scientific community that the loss of natural habitat due to human activities is the primary cause for the disappearing caribou herds in British Columbia. Deforested land provides grazing opportunities for ungulates like deer and moose, which move in along with their natural predators — like, for example, wolves and cougars. Caribou then become the bycatch of these predators.

Because the caribou were sparsely distributed to begin with, the herd simply cannot survive this increase in mortality. With so few mountain caribou left in the south Selkirk region and rapidly dwindling or extirpated northern caribou herds in the South Peace region, their future looks bleak.

My question is this. What is this government doing to ensure that the habitat for the remaining relatively healthy woodland caribou populations is protected in light of growing pressures from mining, natural gas and forestry sectors?

Hon. S. Thomson: As you know, the province has implemented mountain caribou recovery implementation plans. Oversight is provided on those plans by a progress board, a progress team, with a wide range of stakeholders and interests on those teams. They report out annually.

We continue to work — with the input of scientists, biologists, the progress team — to monitor the implementation, to ensure that we continue to provide that habitat for this very, very important species here in British Columbia.

A. Weaver: My concern with this, of course, is that under the Species at Risk Act government must act to protect land when the caribou are threatened. My concern is for existing mountain herds that are not subject to species-at-risk legislation today because they are not threatened today.

You know, these protected lands also are incredibly important for biodiversity, especially in light of the ongoing global warming. I recognize that there are some in opposition who believe it’s not actually occurring despite overwhelming scientific evidence.

A lot of these protected areas for the existing caribou herds that are threatened are old-growth forests. They are only protected in light of the fact that they must protect them under the Species at Risk Act. My concern is this. Scientists will tell government that the south Selkirk herd will go extinct despite the government’s efforts. The government then no longer has to protect these forests under the species-at-risk legislation.

My question to the minister is this. Will the minister commit to the continued protection of these forests? Even if the caribou herds, those herds which required the forest to be protected in the first place under Canada’s Species at Risk Act…. Will they still be protected — because of the pressures that they will get from the forest industry for this valuable timber?

As was mentioned, the herds are dispersed — 15 separate herds across British Columbia — so that why it’s important we continue to get the scientific and biologist advice in through the progress report and the range of stakeholders that are on the progress board report.

That’s why we’re also taking additional actions, particularly on the high-risk herds, to deal with what the member opposite talked about, imminent expiration of those herds. That’s why we’ve taken extraordinary steps in those specific herds to give the best chance that we can to ensure that we continue to protect and recover those herds. That’s where the focus of activity will continue to take place.