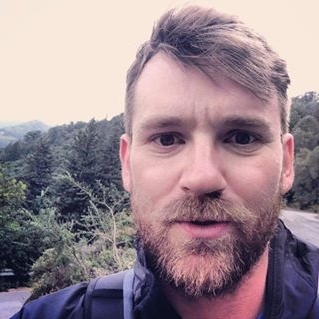 As per the BC Green Party’s bylaws, all members may vote for the Councillor-at-Large.

Hello! My name is Mike. I’m writing to you from unceded Sḵwx̱wú7mesh (Squamish) territory.

I believe that we all have the ability to make a difference. Throughout my life I have worked to make progressive change, to unite diverse constituencies around common values, and to deal with the issues we face with holistic solutions big enough to meet them.

The climate crisis is the greatest challenge of our time. But in dealing with it we cannot forget about the other crises before us from housing to opioids to mental health and to unanswered calls for justice. Our solutions must be bold, intersectional and multifaceted to lift all boats at the same time.

I’m running for this role, to help strengthen the Green Party, its communications, and its constituencies so we can become the real political alternative the province desperately needs.

I’m asking for your support, and your vote, so we can work together to keep trees standing, create green jobs, strengthen and extend our networks, and bring the ideas, policies, and most importantly grassroots infrastructure needed to realize the changes we know the Green Party can deliver.

Do you support Mike Hudema? Tell your friends!
Tweet

Mike Hudema has dedicated his life to bringing about progressive change.

For over a decade, Mike worked as a climate campaigner with Greenpeace Canada working to stop the expansion of the tar sands (and associated pipeline projects) and to bring about a just, renewable energy transition. For his work, he was named as one of the Globe and Mail's tar sands 'difference makers'.

Mike also builds solutions. He was instrumental in developing the Pact for a Green New Deal, a holistic plan to create jobs and meet the demands of the growing climate emergency. The Pact was endorsed by 85 organizations and 75 prominent Canadians including unions, faith groups, artists, scientists and Indigenous leaders

Before Greenpeace, Mike worked for human rights organizations, student and educational accessibility unions, and established and built many longstanding coalitions.

Beyond his paid work, Mike has degrees in education and law, has hosted his own radio program, volunteers for far too many things ;) and is consistently listed as a top climate influencer on Twitter with a personal following of over 141k.

Mike currently lives on unceded Sḵwx̱wú7mesh (Squamish) territory in the community of Lions Bay and works for the international forest conservation non-profit Canopy. Canopy's mission is to protect the world’s most vital forest ecosystems.

Do you support Mike Hudema? Tell your friends!
Tweet