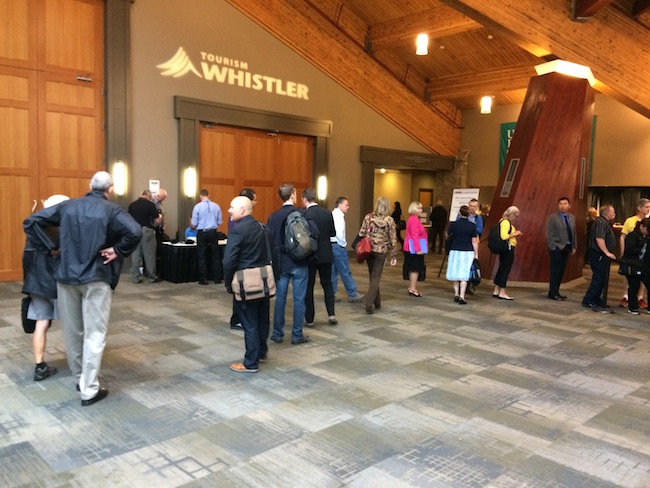 Most of us are here now in Whistler, though we'll be joined by party Chair Bob Lorriman tomorrow morning. Adam's first event tomorrow morning will be a presentation and panel on LNG in the province. We'll also be meeting with stakeholders regarding B.C. Ferries and derelict water vessels tomorrow.

On the ferry to Tsawwassen 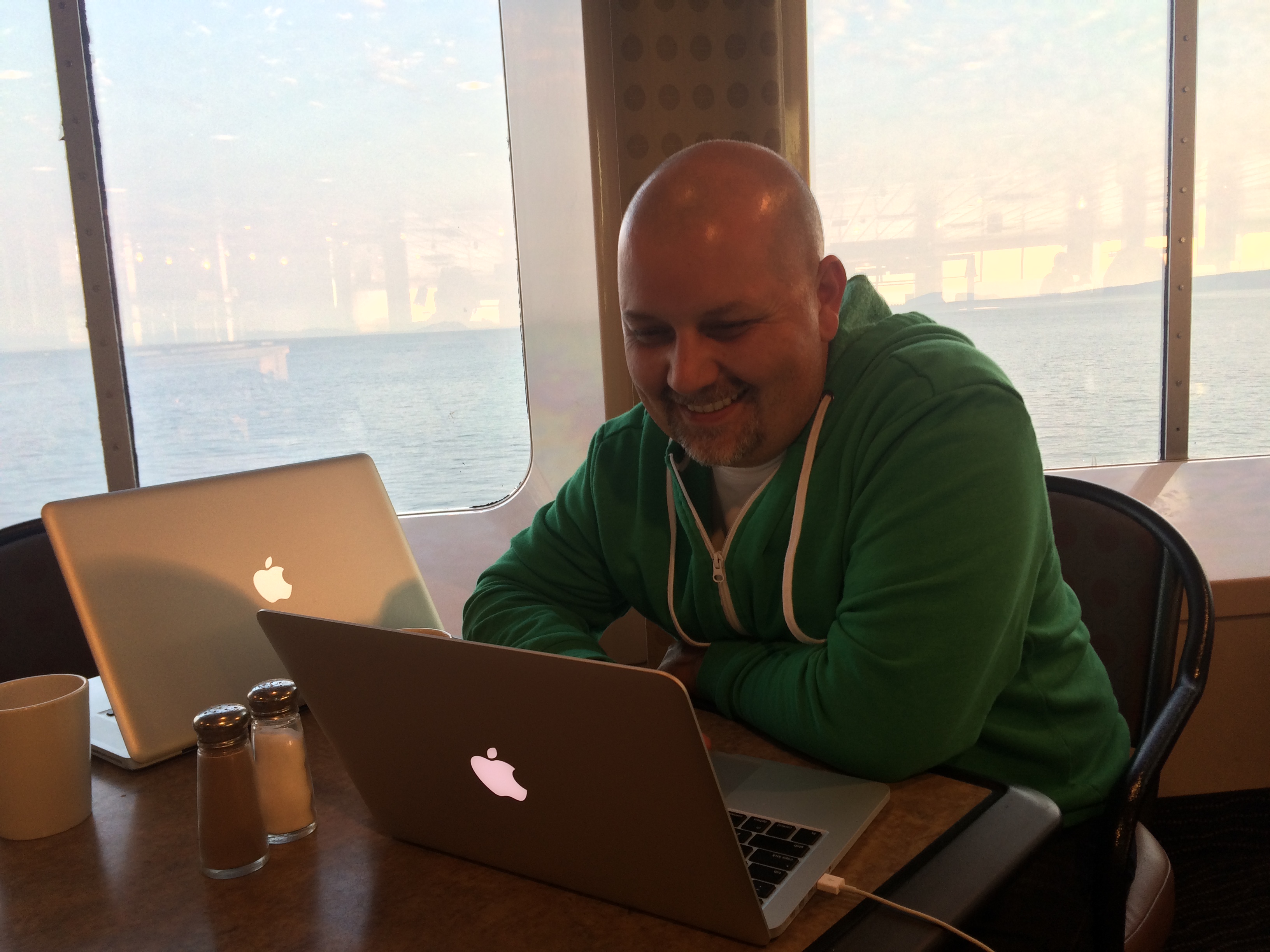 Adam is catching up on some work on the way over to Tsawwassen.

A new report released by the Union of British Columbia Municipalities (UBCM) seriously questions the decisions of the provincial government’s to decrease ferry service and rapidly increasing fares over the past decade.