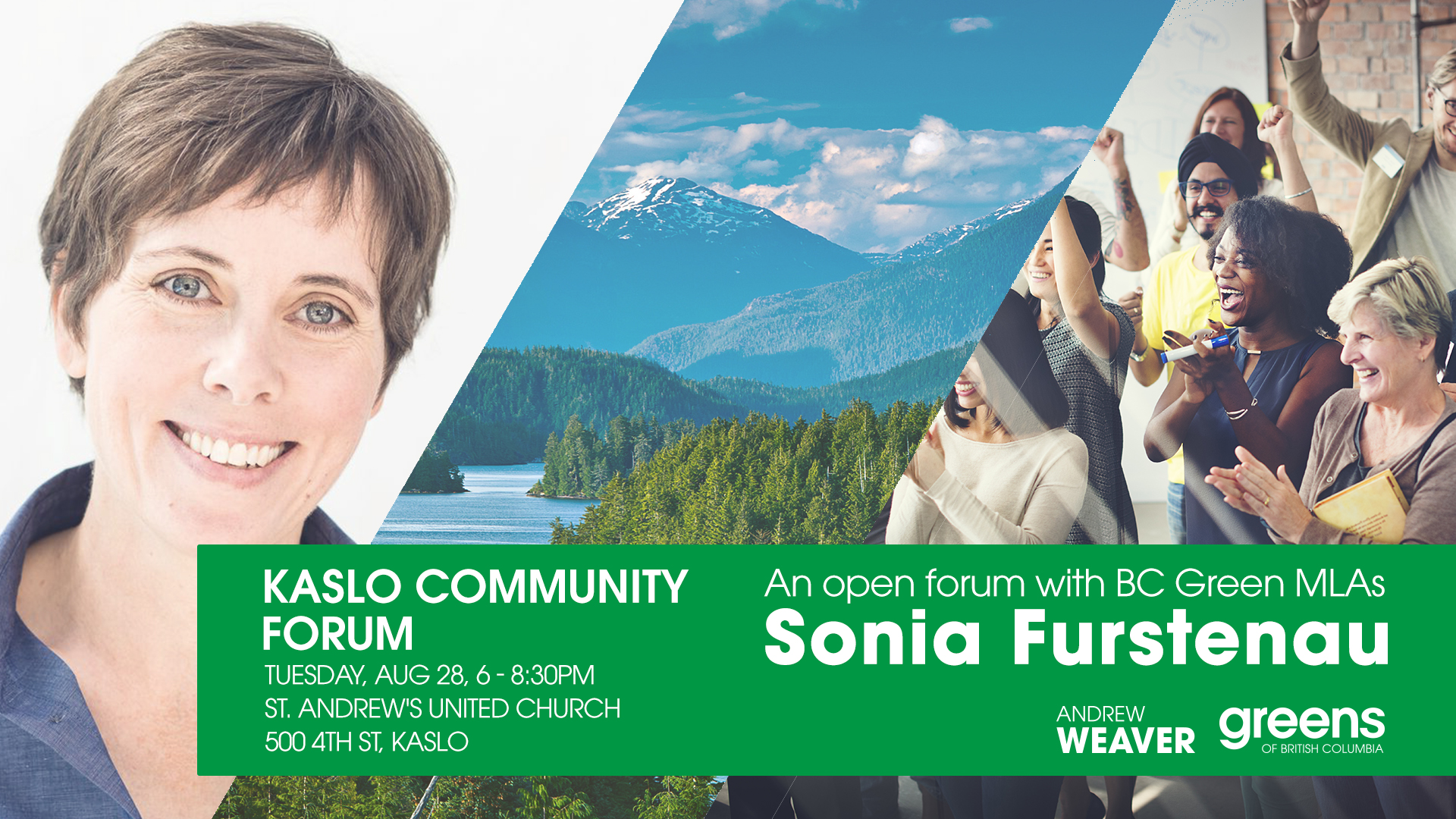 It’s been just over a year since BC’s first minority government was formed under a Confidence and Supply Agreement brought forward by the BC Green Caucus. Join Sonia Furstenau for a community event to talk about what we have accomplished in the past year and what is in store for the coming year.

In the last year, together we have:
• Demonstrated a new collaborative form of politics
• Banned big money
• Legislated lobbying reform
• Created the Emerging Economy Task Force
• Launched the Innovation Commission
• Pushed the government for better and bolder housing and affordability policies
• Launched the Basic Income study
• Led Benefit Corporation legislation passed second reading
• Worked with the government to institute a universal childcare program and emphasizes Early Childhood Education
• Formed the Wild Salmon Secretariat
• Pushed forward on reforming Professional Reliance
• Advocated for new industries and innovations in the 21st century like ride-hailing
• And much, much more

What has been important to you? What issues do you want the Caucus to focus on in the coming year. Join us on Aug. 28 to share your ideas and connect with one of your BC Green MLAs.