Green parties across the pond have made big gains in recent EU Parliamentary and local government elections in the UK. Here's a summary of what happened:

The English Green Party held their London and South East seats and gained a third in the South West, and re-established themselves as the fourth most popular Party ahead of the Liberal Democrats. 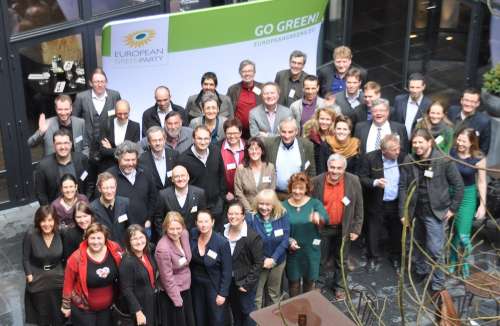 In Northern Ireland, after reorganization of the number of Councils down from 26 to 11, the Green Party obtained four seats, one in Belfast and three in North Down and Ards. In addition the Party has one seat in the Northern Ireland Assembly.

The Scottish Green Party increased it's support to 8.1% in the European Parliament elections, holding on to a fifth place finish ahead of the Liberal Democrats. They hold two seats in the Scottish Assembly and fourteen seats on Scottish local governments, including Edinburgh and Glasgow councils.