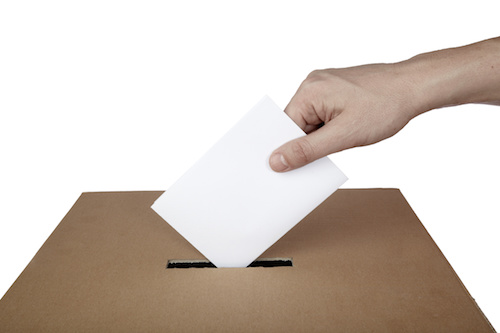 The Legislature was put on notice that the B.C. NDP will introduce private member’s legislation on democratic reform to move our electoral system from its current first-past-the-post to a form of proportional representation. The B.C. Green Party welcomes this effort by our colleagues in the Opposition.

Participatory democracy is one of the six core principles of the B.C. Greens. Since our inception more than 30 years ago, the B.C. Greens have supported fair voting and cooperation across partisan lines. We have consistently advocated for a more equitable system than first-past-the-post for electing the Members of our Legislative Assembly.

Twice in the past decade, British Columbians have been asked if they would support a change to the electoral system. In 2005, following consultation by a citizens assembly, we were asked to vote on a type of proportional representation called single transferable vote (STV). The threshold set by the B.C. Liberal government was 60% and the vote fell just short with 57% support.

In 2009, the B.C. Liberals held another plebiscite on democratic reform. This time there was no citizen’s assembly, the question on the ballot was convoluted and fewer resources were spent educating British Columbians about the issue. These problems brought the movement a step backward and the referendum question failed by a large margin.

For the integrity of our democracy, Greens believe the make-up of the legislature should accurately reflect the will of voters. We support the effort of any party to move to proportional representation.

That said, there are many ways in which other necessary democratic reforms can be implemented now without change in legislation. At the foundation of any democratic reform is the primary duty of serving the interests of British Columbians. We are steadfastly committed to this principle whatever the current electoral system. In 2013, Andrew Weaver (MLA, Oak Bay-Gordon Head) was the first Green to be elected in the current first-past-the-post electoral system. Since then, he has proven that even a single MLA can be a very effective representative for his or her constituents.

The B.C. Greens promise British Columbians other democratic reforms in better openness, transparency and cross-partisan cooperation. Our MLAs represent their constituents first, and my request to them is to actively seek solutions to the issues facing British Columbians and to work proactively with government to get them implemented.

The B.C. Greens want the voter turnout to increase across all demographics, and we have seen that in the ridings where there has been a Green Party candidate serious about winning; the turnouts in those ridings rank among the highest in the province. We will always encourage more democracy, not less, because that is the best way to strengthen British Columbia.

While changing to proportional representation is a high priority for the B.C. Greens (and given the chance, we will help make this change), we have a responsibility to practice sound, pragmatic, evidence-based decision-making every day. We are building an organization that will get more B.C. Greens candidates, even in a first-past-the-post system.

The B.C. Greens are inclusive. Proudly, we are a big tent and people are migrating to our party from all across the political spectrum. We will not define ourselves by the narrow left/right paradigm that is limiting the governance of our province today.

We are committed to winning more seats under any electoral system, and to earning the support of British Columbians through hard work and by modelling balanced, equitable governance for everyone in the province.