A conversation on addressing climate change in BC 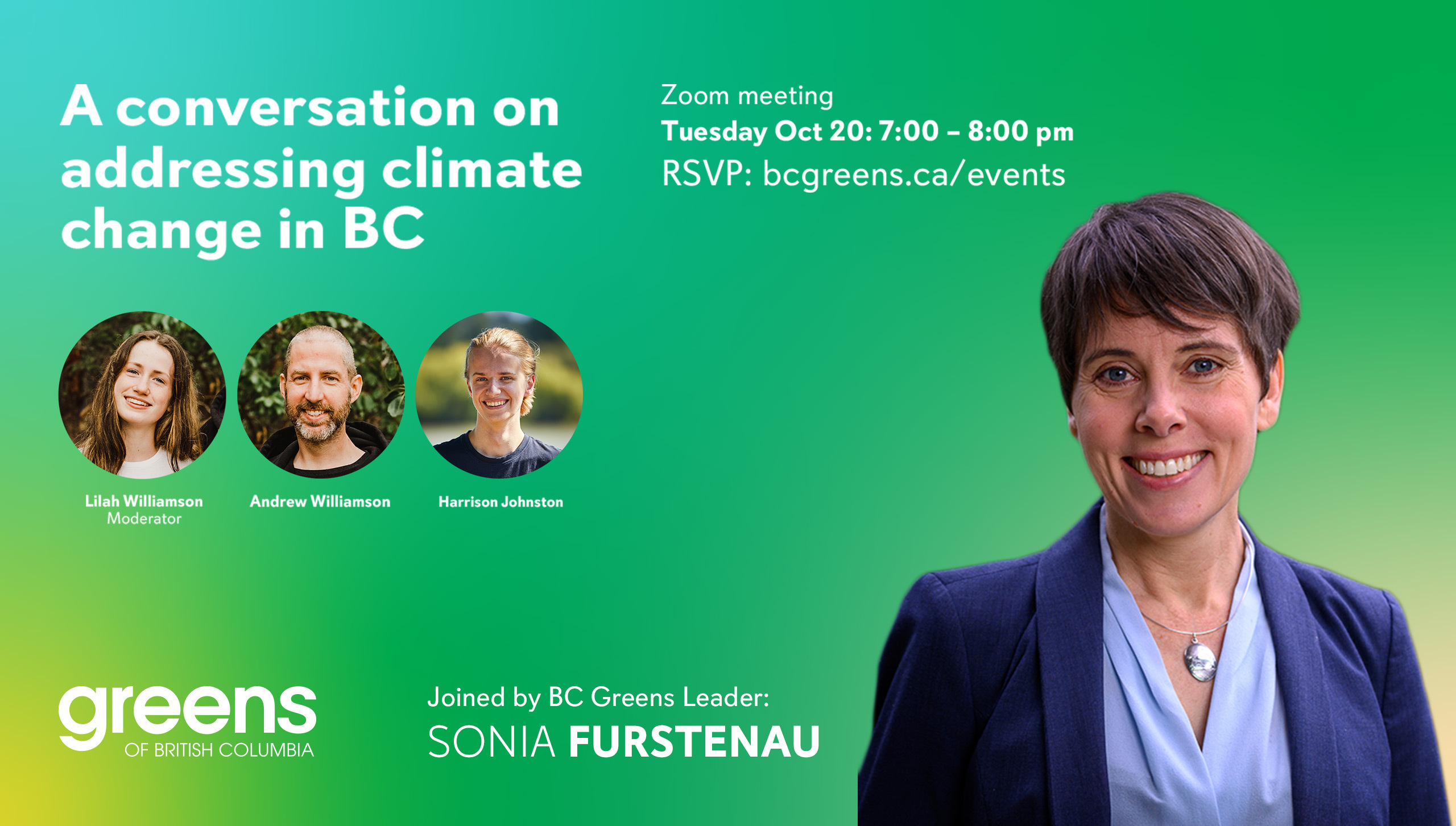 The conversation will be moderated by Lilah Williamson, daughter of Andrew Williamson and climate activist. Harrison Johnston and Lilah Williamson worked with a teen climate justice group called Sustainabiliteens in Vancouver to organize a climate strike of more than 150,000 people in September of 2019 – the biggest protest in Vancouver history.

Join us for a conversation about the dangers of our current government investments in fossil fuels and how we can transition to a clean economy to ultimately achieve carbon neutrality by 2045.

The event will be broadcast in a webinar format. Register for the event here or visit our Facebook page at 7:00 PM, where it will be live-streamed.